Cricket is a game of batting and bowling, and scoring runs. Two teams play against each other to score more runs, and the team scoring more runs and successfully defending it wins the match. Most cricket matches are played in limited over formats such as ODI and T-20s.

In ODI, each team gets fifty overs to score runs, and in T-20s, you get twenty over in total. Thus it becomes important to score run faster if you want to win the match.

Here comes the role of run rate, strike rate, and all. These all terms help the team to analyze their game performance or how well they are scoring runs. The stats and all the data help the coaching staff of the team to study and build the plan that will help them win the match.

So if you do not know anything about these terms, below you will get every detailed info. You will also be taught how to calculate the run rate in cricket to avoid getting confused next time while trying yourself.

How To Calculate The Run Rate? 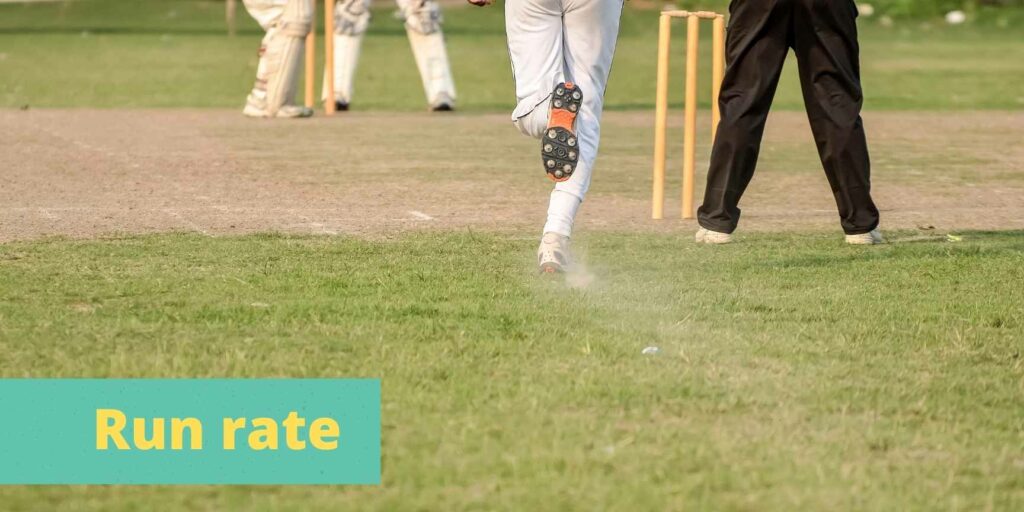 Run rate means the total number of runs scored by a team in total over the match. Let’s understand it by a suitable example. Suppose the match is happening between England and Australia, and they are playing ODI cricket. This means that each team has fifty over to bat and score runs.

The total runs scored by each team is called the inning total. So if England bats first and scores 300 runs in fifty overs. Formula to calculate Run Rate is = totals runs scored divided by totals overs bowled. By applying this formula to the example, you get run-rate equals 300 divided by 50 which is 6.00. So the run rate of the England team was 6.

This run rate suggests that Australia needs to score six-run per over to match the score of England. Thus, this gives the chasing team an advantage as they can score run according to run rate and change the pace of their batting according to the situation. Now let suppose Australia, while chasing the score,  scored 240 runs in thirty overs.

The target to win the match was 301 runs, so now they need 301-240 =61 runs to win the match. The number of overs left in the completion of the match is twenty. So now the required run rate for team Australia is 61 runs divided by 20 overs that is 3.05. It means that if they score three runs per over, they will win the match.

This is why calculating and analyzing it is crucial for the performance of the team. Moreover, it integrates the large total into runs per overs which helps chase the total.

How Do These Calculations Help The Cricket Team? 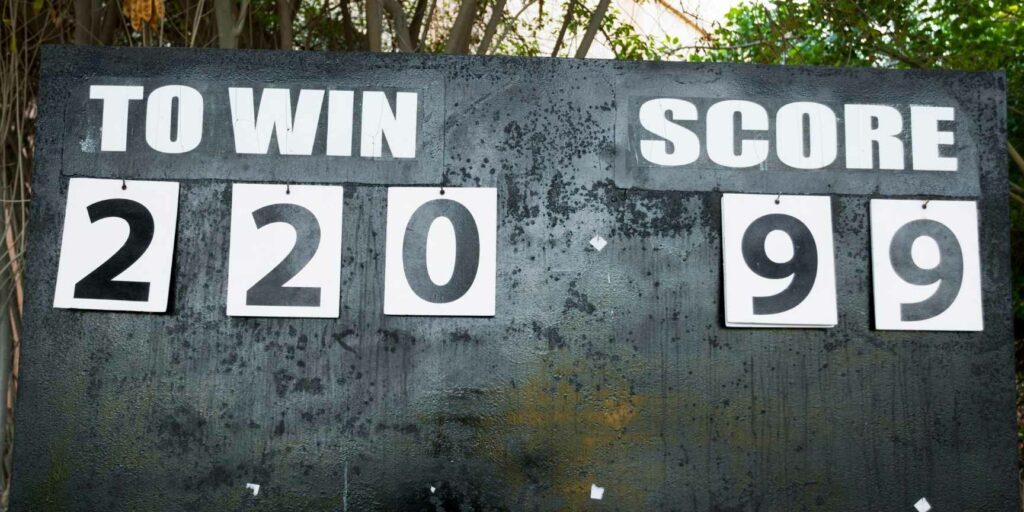 Another term that is most used in cricket is the strike rate. It is similar to the run rate but defines the performance of an individual in batting. It is the total runs scored by a batsman in several balls. So these Runs per Over is a counting measure of how many runs were scored by each batsman during a certain period, for example, six balls in the match.

It helps to measure the performances of all eleven players at one time and provides an understanding of how effectively all 11 players are performing individually & collectively throughout the innings. The run rate in cricket is calculated by taking the total number of runs scored and dividing it by the total number of balls bowled.

Once a team goes past a certain run rate, they will become unstoppable, and their opponents will slowly get on the back foot. According to this calculation, the coaches judge his team’s performance, and then he prepares them for the next match according to the format.

Cricket is limited, and different formats require more runs in very few balls. For example, the run rate is also calculated for Twenty20 games. The current Twenty20 average run rate is about 7-8 runs per ball, which means that it is the minimum standard set by any team.

However, teams can change depending on who they are playing against. For example, an international team in Australia, England, etc will have faster bowlers and batsmen who are physically fit enough to handle the pressure of scoring at a fast pace.

However, other teams, such as Ireland or Zimbabwe, might not have the same amount of talent, so they might end up scoring 5-6 runs instead of 8-9 runs per ball. So the teams analyze their previous run rates to work on their weakness to perform better in upcoming matches.